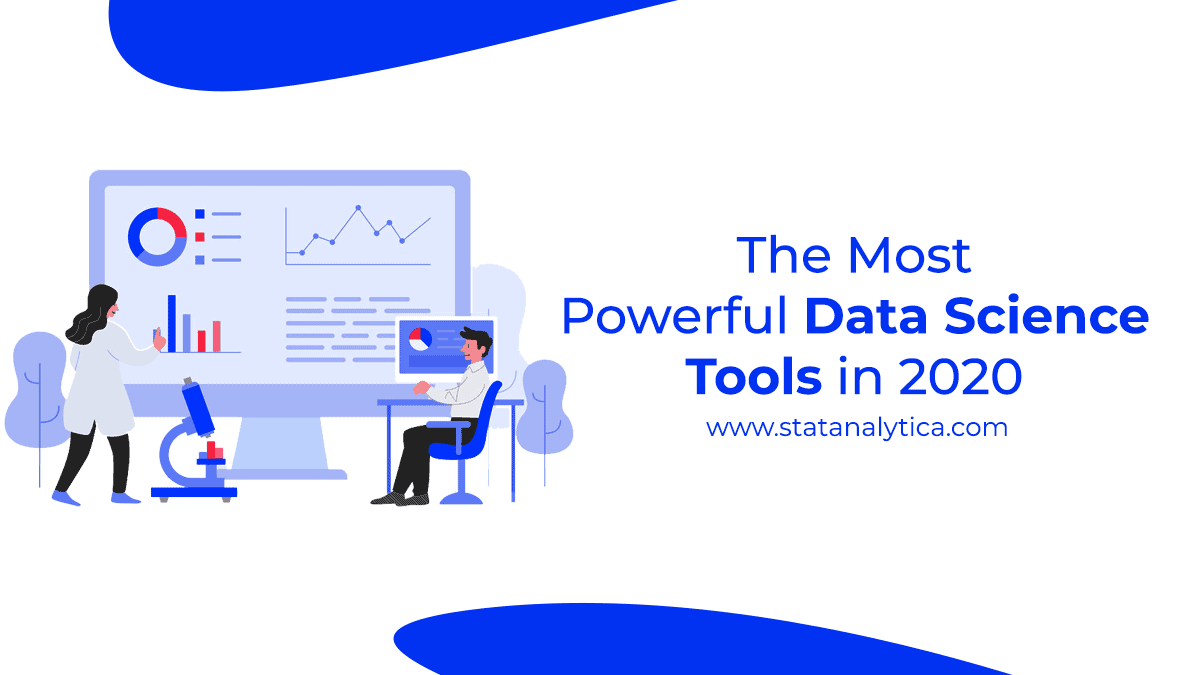 Data science tools are the methods used by data scientists to make conclusions on the given data. Data science is used to extract, preprocess, manipulate and draw predictions out of the given data. This is why it has become the most significant field in today’s world. And thus the demand of data scientists have escalated. Data Scientists help the companies to get an overview of the market. And to increase the quality of their services or products. They majorly make decisions for companies on the basis of the large structured and unstructured data. They basically analyze such data and then draw conclusions thereon. This is why data scientists require various data science tools and programming languages.

It is basically a closed source proprietary software. That is generally used by the large and leading companies to analyze their data. It is mainly designed for performing statistical operations on the data.

SAS has its extensive library and tools which are used by data scientists for modeling, organizing and analyzing the data.

The second mostly used data science tool is Apache spark. It is mainly developed for handling batch processing and stream processing. As it is considered the best tool for streaming data. Apache Spark allows APIs in various programming languages like Python, R and Java and so on.

It is also important because it allows repeated access to data to data scientists. That helps them in machine learning, storage in SQL etc. It is one of the reasons that it is preferred over Hadoop.

This tool is best especially for processing machine learning algorithms. As it gives you an intractable and cloud based GUI environment.

It is mostly preferred for predictive modeling. As it uses various machine learning algorithms such as classification, cluster etc.

It is considered a significant data science tool. Because it has automation methods for doing automatic tuning of hyperparameter models.

This tool is closed source software and is majorly used to process. And analyze data in multi paradigm numerical computations. It allows matrix functions and algorithm implementation in easy steps. This is why it is also used for modeling of data. It is known for observing several scientific disciplines. It is generally used to stimulate fuzzy logic and neural networks too. Its library is very useful for creating powerful visualizations. And also for the processing of image and signal. Thus it is considered as the most versatile data science tool.

Microsoft Excel is an important tool not only in data science but in other fields also. It is considered as the most prevalent tool of data science, as most of us know that it is mainly used for spreadsheet calculations. But now usage is not restricted to this only rather. Nowadays, it has become a powerful analytical data tool. As it is used from data processing to visualizations to complex calculations.

There are mathematical formulae in excel which are used to perform different functions in data science. This data science tool also has many other important features including tables, filters and slicers. Not only this, but you create your own custom functions and formulae for spreadsheets. It is more proficient in creating data visualizations and spreadsheets instead of computing the large data.

It is also an important tool in data science because it is data visualization software. It is known for its graphics which are used for visualization interactions. This is why it is mainly used for business intelligence. It’s analytical tools are very efficient in data analysis. It can also interface with databases and spreadsheets. It also has its free version called Tableau Public.

Since it is an open source tool therefore it is used by python developers for making open source software. Thus it allows you for experienced interactive computing. The best part about this data science tool is that it supports many programming languages l including important languages such as python, R and Julia. It can also be used for live code and presentations. Thus, it fulfills all the sine qua non of Data science.

It is basically a library allowing plotting and visualization in the python programming language.

It is mainly used in data science to plot tough and complex graphs through simple coding or lines of LG codes.

Thus it helps you in generating bar plots, scatter plots and histograms and so on. It is also known for its essential modules and the very popular such module is pyplot as it is an open source to graphic modules.

It is a significant data science tool because it deals with the development of statistical models. Statistical models are used in computers so that it can understand human language. It also allows you easy machine learning. It is present in the python programming language in the form of language.

It is a library present in python programming language and it is mainly used for machine learning algorithms. This  is a very prevalent data science tool because it is very easy to apply and thus widely used for data analysis in the data science world.