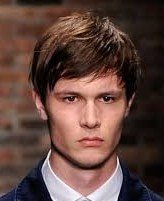 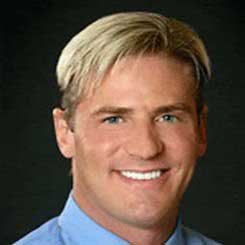 Instructions: Provide a written response to the given questions in no more than 1200 words/4pages.

Splice is Jamaica’s three times Grammy awarded Best Reggae Artiste. Guaranteed to pull a massive crowd, she is booked by John Brown and Tiff Haggish, the promoters of what used to be the Island’s biggest event, ‘Stung’. The event is scheduled to take place on the 21st of August 2021 at the National Arena. Splice’s performance is supposed to be a live stream from Miami where she is on tour. Owing to Splice’s contract for the event the promoters recorded an 80% increase in ticket sales. Unknown to the promoters, an error on the website listed the ticket prices at eight hundred dollars ($800) instead of eight thousand dollars ($8000).

Sabrina and her family of four in anticipation of the event booked a weekend at the Hitz hotel in Kingston. She paid a 50% deposit and made it known that the purpose of the stay was to attend Stung, the balance to be paid two days before the event.

On August 9th due to the spike in corona cases on the island, the government banned all entertainment events. The promoters are forced to cancel the event. Having made a half payment of the performance price to Splice, the promoters maintain that Splice should still have the live performance as this will assist them to retain the ticket prices. Splice’s producers maintain that the contract is no longer valid.

1. Whether the contract between Splice and the promoters of Stung was frustrated?

2. Whether the contract between Sabrina and the Hitz can be canceled?

3. Whether the contract for the tickets is void for a mistake?

Answer ONLY ONE question from this section

Using your knowledge of business law and decided cases, indicate the advice you would provide in ONE of the following situations:

Rohan Brown has been charged under the Offensive Weapons Act which seeks to prohibit persons from offering weapons such as guns and knives for sale. Mr. Brown was charged with the offense because he had a dagger on display in his store display window. Additionally, Mr. Brown is being sued by Johnny Sharpe who had made an indication that he was returning to buy a sword that Mr. Brown also had on display. Mr. Brown had indicated to Mr. Sharpe on October 1 that he would hold the sword

1.      until October 5. Mr. Sharpe realized that the sword was no longer available when on October 4, he saw his friend, who indicated that he had purchased the last one from Brown’s store.

2.      Mr. Barry Smalls asked his son to mow the lawn of his neighbor, Mr. Danny Biggs, while Mr. Biggs was on holiday. He promised his son that he would pay him $1000 to mow the grass. Mr. Biggs was so pleased to see the lawn when he returned home that he promised Mr. Smalls that he would pay him $2500 for mowing the lawn. Mr. Biggs later changed his mind and refused to pay. In addition, Mr. Small’s son is threatening to sue his father for not paying him to mow the lawn.    (15 marks)

4.      Carmelita has checked into the Clans Order Hotel. After check-in she went to her room where she freshened up with the aim of going out for the evening. While leaving her room she saw a very large notice on the door with the following statement:

The Management of the Clans Order Hotel accepts no responsibility for loss caused to the belongings of guests which are not left with the Front Desk for safekeeping- Sign Management.  Carmelita ignored the notice and went out. When she returned to her room some of her expensive name brand clothes were missing along with an expensive necklace given to her by her grandmother which was in the family for several generations. Carmelita complained to the Front Desk Officer who told her that the hotel could do nothing for her. They reminded her of the notice in her room. Carmelita is now very distraught.