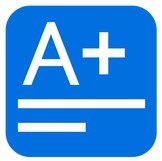 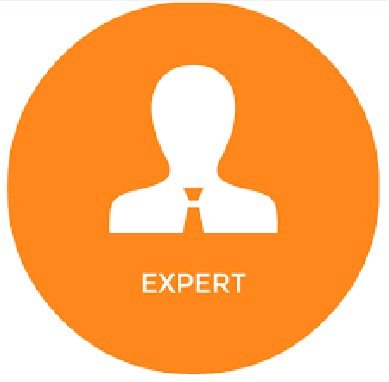 To gain experience with

The snake game is played on a rectangular grid on a rectangular board. There are 4 classes of objects placed on the squares of the grid: rocks, apples, scissors, and a snake. The snake moves around the board trying to eat as many apples as it can, but avoiding the rocks, exiting the board, or overlapping with itself. Whenever the snake eats an apple, it grows and whenever it touches a pair of scissors it shrinks. The user controls the movement of the snake and the goal is to eat as many apples as possible. The game ends when the head of the snake touches a rock, it tries to move outside the board, or it touches any part of its body. The following figure shows a screenshot of the game

This assignment is an example of a collaborative project with modular design. Some modules of the program were designed by the CS1027 team and other modules need to be designed by you. The modules that you must design are specified below. It is very important that you follow exactly the specifications of the modules that you are to design, as otherwise your code will not work correctly with the code that is provided to you.

For this assignment you need to design 3 Java classes: Position, Snake, and Board.

Each square in the grid of the board game can be specified by two numbers: the row where the square is and the column where it is. An object of class Position represents the position of a square of the grid. This class must have two private integer variables: positionRow and positionColumn. In this class you must implement the following public methods:

This class represents the board game where the snake moves around eating apples. This class will have 4 private instance variables:

Once your code has read the first 6 lines of the file, it must create a 2-dimensional array of type and dimensions String[board_width][board_length]. All entries of the array are initialized to contain the string “empty” (in lowercase; it is very important that all strings that you store in matrix are lowercase). Then, the rest of the file is read and for each triplet number1, number2, string1 read your code must store string1 in matrix[number1][number2].

Important note. Note that rows and columns are indexed starting at 0. So, the figure in page 1 shows the correct positioning for the above rock, apple, and scissors. Note that in that figure the snake has already eaten some apples and moved to a different location on the board than the one initially specified in the file. For the above example, the matrix instance variable will be a 2-dimensional array of size [8][15].

Another note (not so important). If you want to write your own board files, make it sure the length of the board is at least 15 and the width is at least 6, so it displays correctly on the screen.

The class stores the information about the snake as it moves around the board. This class will have two private instance variables:

In this class you need to implement the following public methods.

If direction is “up” again then array snakeBody must be this

Notice that to determine the new array snakeBody what you must do is this:

o  shift one position to the right all values in the array stored in indices 0 to snakeLength – 2. For example, if the snake is as in the figure and direction = “right”, then shifting produces this array:

o  and then store in index 0 of the array the new position of the snake’s head (which you can compute using method newHeadPostion(); in the above example we would store (1,4) in the first entry of the array.

– 1. For example, if the snake is as shown in the figure, and direction = “right” then the new content of

Notice that since the length of the snake grows you need to make sure that array snakeBody is large enough to store the new information. If instance variable snakeLength has the same value as snakeBody.length(), the size of the array, then you must double the size of the array before storing the new positions of the snake in it. To do this you must use the below private method increaseArraySize().

You must also implement the following private method.

4. How to Run the Program

The program will ask for the name of the file containing the objects initially placed on the game board and the n it will display the board. To start the game press any of the arrow keys. The arrow keys can then be used to change the direction in which the snake moves. Additionally, you can type the following keys:

4.1 Running the Program from Eclipse

Place files PlayGame.java and MyFilereader.java in your Eclipse workspace under the Java project you have created for this assignment.

Place the image files and the sample board files in the root directory for your project (not inside the “(default package)” folder). If Eclipse does not find the image files you will have to move them around until you find the directory where Eclipse will find them. Sometimes different versions of Eclipse work in different ways.

Double-click PlayGame in the Package Explorer and select “run”.

·         Assignments are to be done individually and must be your own work. Software will be used to detect cheating.

When deciding where to add comments, you need to use your own judgment. If the meaning of a method, instance variable, or fragment of code is obvious, you do not need to add a comment. If you think that someone else reading a fragment of your code might struggle to understand how the code works, then write a comment. However, try to avoid meaningless comments like these:

then you should not put the bracket in a separate line for another method:

You MUST SUBMIT ALL YOUR JAVA files through OWL. DO NOT put the code inline in the text-box provided by the submission page of OWL. DO NOT put a ``package'' line at the top of your java files. DO NOT submit a compressed file (.zip, .tar, .gzip, ...); SUBMIT ONLY .java files.

What You Will Be Marked On: